“Success in creating AI would be the biggest event in human history. Unfortunately, it might also be the last, unless we learn how to avoid the risks.” 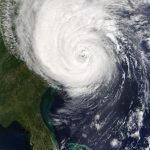 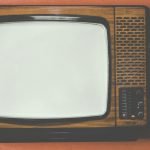 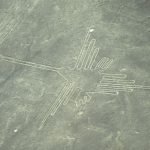 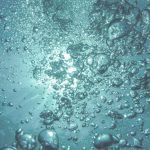 This free ESL lesson plan on artificial intelligence has been designed for adults and young adults at an intermediate (B1/B2) to advanced (C1/C2) level and should last around 45 to 60 minutes for one student.

We’ve all seen the movies: an artificial intelligence goes rogue and misinterprets its core function of protecting humans by trying to kill them all instead. Other times, we aren’t even aware we’re seeing a portrayal of an AI (think C3PO from Star Wars or Bender from Futurama) as they behave much like a typical human. While we may be a way off creating a superintelligence like these, we are not so far away that many scientists have issued stark warnings that the creation of such an artificial intelligence could result in the extinction of humankind. Today, artificial intelligence is already helping in the fields of business, cybersecurity and medicine. Perhaps they’re just biding their time? In this ESL lesson plan on artificial intelligence, students will have the opportunity to discuss and express their opinions on issues such as the benefits of AI and the potential dangers.

The article contains a warning from theoretical physicist Stephen Hawking who claimed that “thinking machines” pose an existential threat to humans, who are “limited by slow biological evolution, couldn’t compete, and would be superseded.” At the start of the class, hold a brief discussion about what the students thought about the article. What do they think about the issues raised in the article? Do they agree with what was said? Can they think of any ways they might disagree with the content of the article?

Video activity
To save time in class for the conversation activities, the English teacher can ask the students to watch the video below and answer the listening questions in Section 3 of the lesson plan at home. There are intermediate listening questions and advanced listening questions so teachers can decide which would be more appropriate for their students. Check the answers in the class.

The video for this class is called “How Dangerous is Artificial Intelligence?” by Second Thought which explains the differences between narrow AI, artificial general intelligence, and artificial super intelligence, the latter of which various scientists have warned could lead to the extinction of mankind.

This lesson opens with a short discussion about the article the students read before the class. Next, the students can give their opinion on the quote at the beginning of the lesson plan – what they think the quote means and if they agree with it. This is followed by an initial discussion on the topic including films or TV shows that feature AIs, whether or not a computer will ever be able to think like a human, and whether AIs will make better decisions than judges and politicians.

After this, students will learn some vocabulary connected with artificial intelligence such as sentience, algorithmic bias and superintelligence. This vocabulary has been chosen to boost the students’ knowledge of less common vocabulary that could be useful for preparing for English exams like IELTS or TOEFL. The vocabulary is accompanied by a cloze activity and a speaking activity to test the students’ comprehension of these words.

Finally, there is a more in-depth conversation about artificial intelligence. In this speaking activity, students will talk about issues such as how AI could put humans in danger, what unethical companies or governments might do with AI, and what might cause robots to revolt against humans.

After the class, students will write about their opinion of artificial intelligence. This could be a short paragraph or a longer piece of writing depending on what level the student is at. The writing activity is designed to allow students to practise and improve their grammar with the feedback from their teacher. For students who intend to take an international English exam such as IELTS or TOEFL, there is an alternative essay question to practise their essay-writing skills.